Treatment for abnormal uterine bleeding will largely depend on the established cause, and your doctor will carry out a range of diagnostic tests to determine why you have developed this condition. Tests may include a Pap smear, pelvic exam, pelvic ultrasound and blood tests to check thyroid and hormone levels. It may be necessary to take a tissue biopsy from the lining of your uterus, particularly if your doctor suspects cancer.

Treatment for abnormal uterine bleeding may include anti-inflammatories, antibiotics, birth control to stop ovulation and hormone replacement therapy. Fibroids and polyps may need to be surgically removed. This procedure, known as a hysteroscopy, is minimally-invasive and unlikely to negatively impact your ability to get pregnant in the future. If cancerous cells are found, a hysterectomy may be necessary. This involves the removal of your uterus, which will leave you unable to get pregnant in the future. In some situations, it may be possible to collect and store some of your eggs, and this should be discussed with your doctor ahead of your procedure.

Abnormal uterine bleeding can often be treated without detriment to your reproductive health, but women sometimes find it difficult to speak to their doctor about reproductive health concerns. It may help to write down what you want to discuss ahead of your appointment and you can also take someone along to the appointment with you for support. As with many health problems, early intervention often leads to better outcomes. So, if you've been experiencing abnormal uterine bleeding, don't suffer in silence. 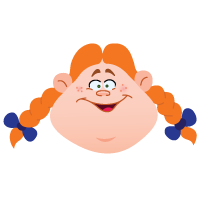